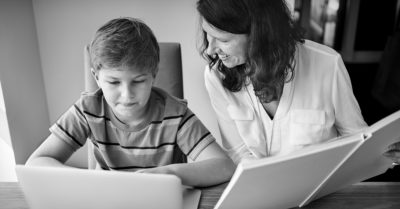 But what constitutes a Christian education? Sometimes Christian Schools are Christian in name only: they are humanistic schools with Bible added to a humanistic course of studies. It is a serious mistake to assume, first, of all, that there is any neutral subject which can be taught in the same way by both Christian Schools and humanistic schools. To believe so is to deny God’s total sovereignty over all things. It means that areas exist where man, not God, is the Lord. There is no area of neutrality in all of creation. What we believe determines our perspective in mathematics, history, biology, geology, art, physical education, and everything else. The triune God is totally the creator of all things and thus totally their Lord and determiner. All subjects are either taught from a Biblical, a theistic perspective, or they are taught from a humanistic, a man-centered perspective.

Second, we must remember that facts are never neutral, as Cornelius Van Til has so powerfully taught us. Before there is a fact, there is a faith. The faith interprets and determines the facts. The “facts” of the universe are very different for a Buddhist, an existential humanist, and an orthodox Christian. For the Buddhist, all is illusion and misery; his faith requires a world and life negation. Maya and karma determine all things. For an existential humanist, “facts” have only a purely personal meaning, the meaning which each man assigns them. Neither man nor creation have any essence, any created and preordained meaning. Good and evil and every other form of meaning is self-generated: they are values I assign to things in terms of my will. Nothing has any meaning from God’s creative act; all meaning comes from man’s creative act.

In Biblical thought, however, every fact is God-created and God-interpreted, so that the meaning of all creation is to be understood in terms of Him and His Kingdom. St. Paul makes clear to the Corinthians that

3. But with me it is a very small thing that I should be judged of you, or of man’s judgment: yea, I judge not mine own self.
4. For I know nothing by myself; yet am I not hereby justified: but he that judgeth me is the Lord. (I Cor. 4:3,4)

The word Paul uses for judge is anakrino, to examine, investigate, and question. Paul simply says that he has no right to examine, inquire about, investigate, question, and judge anything in terms of his own standards and tests. Similarly, he has no regard for any and all such judgments made about himself. The only criterion for investigation and judgment is the Lord and His word, and even then God’s full and clear judgment will only be apparent plainly and totally with the Last Judgment (I Cor. 4:5).

The plain implication here and elsewhere is that all study and investigation must be in terms of God’s word and the fact of God’s sovereignty as creator, sustainer, and Lord.

For us, however, the spread of humanistic education is the spread of sin and apostasy. For us, education is even more to be desired than for the humanists, but it must be godly education and in terms of God’s whole counsel. Truth for us is not humanistic ideas, faiths and facts, but Jesus Christ (John 14:6), and for us “truth is in order to goodness,” and also to true knowledge. A man cannot be holy or moral outside of Jesus Christ, nor can a man have true knowledge apart from Him.

This means that Christian textbooks are a necessity. We as Christians are members of another kingdom, the Kingdom of God. We live, not in a meaningless, blind, and evolving universe of chance, but in a universe totally created and governed by God the Lord. We dare not know anyone or anything apart from the Lord, because His Lordship, rule, and purpose are total. A school course which is not systematically Biblical is a hidden enemy to the faith. Humanism has no place in our hearts, churches, homes, or classrooms.

Taken from The Philosophy of the Christian Curriculum, pp. 129-131