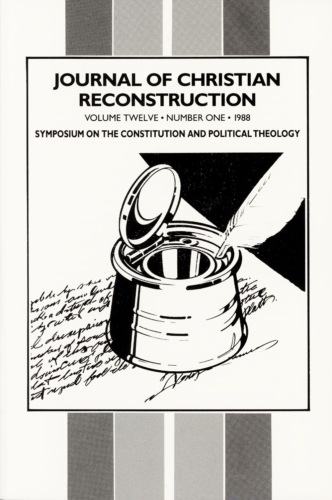 Symposium on the Constitution and Political Theology

His specialty is American religious history.  His essays and reviews have appeared in numerous publications and have been translated into Hungarian and Spanish.  Dr. Schultz frequently preaches in local churches and speaks at academic and Christian conferences.  The Schultzes have nine children.