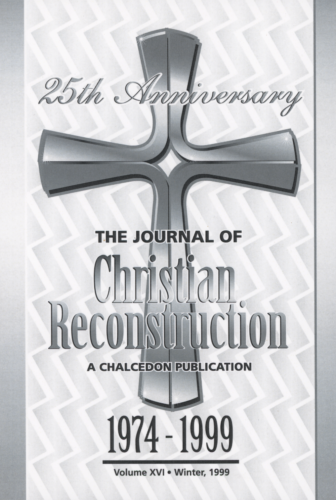 To mark the silver anniversary of the Journal, Chalcedon has prepared a special issue with some of the stellar articles from the past 25 years.