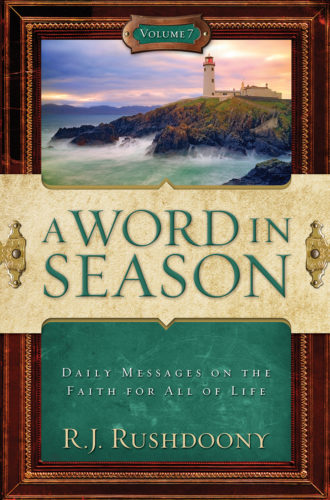 Introducing the seventh and final volume in a series of books with daily messages by R. J. Rushdoony on the uncompromising faith.