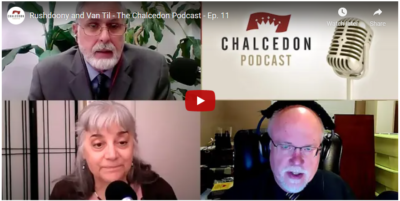 Outside of the Bible itself, no other literature or writer is referred to more in Rushdoony’s writings than his mentor, Dr. Cornelius Van Til. It’s difficult to estimate the importance of Van Til on Rushdoony, but as their personal history shows, Rushdoony was more than a student of Van Til. He was a defender of the Dutchman, a colleague, and one of the most prolific expounders of applied presuppositionalism. You’ll enjoy this in-depth discussion as Chalcedon’s leadership shares not only the importance of Van Til’s thinking but also the personal history between Rushdoony and Van Til. A lot of other prominent scholars have done a great deal to expound Van Til’s apologetic, but it was Van Til’s epistemology and ethics that helped drive a young Rushdoony to develop the implications of theonomy.