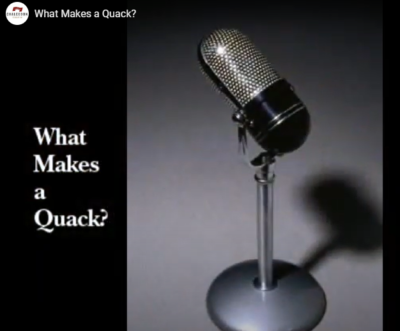 When we demand more than should be reasonably expected of a doctor or politician, we are creating the foundation for quackery.