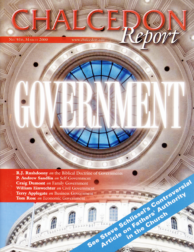 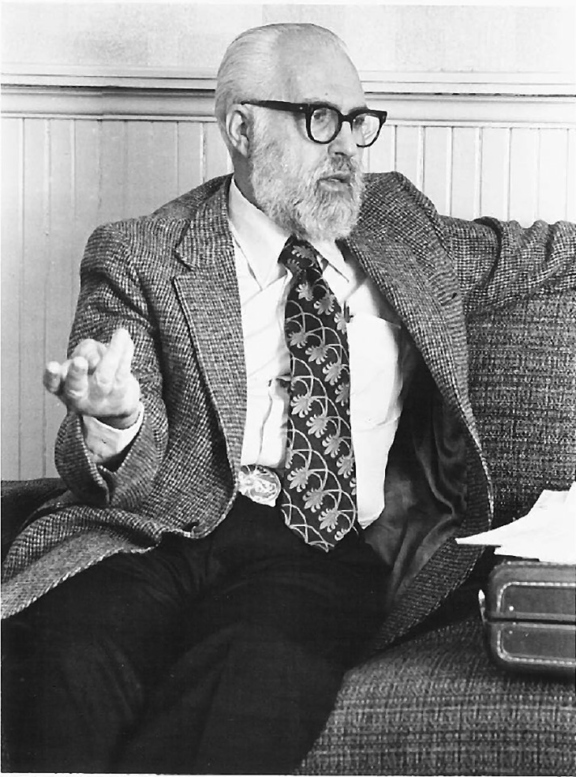 The Biblical Doctrine of Government

One of the most revealing and deadly linguistic errors of our time is the equation of the word "government" with "state." When the average person, and indeed almost every man, hears references to government, he immediately thinks of the state.

He that hath no rule over his own spirit is like a city that is broken down, and without walls. — Pr. 25:28

Mention "family government" to most Christians, especially conservative "Bible believing" ones, and thinking immediately centers on the hierarchical structure of the family: The husband is to be the head of the home, directing, providing for, and overseeing the welfare of wife and children under the sovereign authority of Christ.

Steve Schlissel is one of the most profound thinkers and powerful preachers in today's Reformed world, and below appears one of the most important ecclesiological statements written in modern times

Church Government: The Problems of Tyranny and Anarchy within the Local Church

I was nine years old when I had my first experience with church government in Baptist World. My father had just been installed as the new pastor. This was his first Wednesday night business meeting—his first ever, for this was his first pastorate after graduating from Southwestern Baptist Seminary in Ft. Worth, TX. After some preliminary decisions voted on and approved by the majority of the 100 or so faithful who attended that evening, things began to heat up. Apparently my dad had plans that rubbed the deacons the wrong way. They sought to run roughshod over the meeting, but dad was trained well and outmaneuvered them. (I think Baptist pastors have to take an entire semester on parliamentary procedure.) At one point, the atmosphere was so charged that everyone under the age of 14 was dismissed. When the dust settled some months later, three deacons resigned, three died, and three publicly confessed that they had never been converted. I kid you not.

The Biblical Model for Civil Government

There have been various attempts to set up a distinctly Christian civil government throughout the New Testament era. Some more recent endeavors have been that of Calvin in Geneva, Knox in Scotland, and the Puritans in New England.

Vocation as a Government

How is it that the pursuit of such a mundane thing as working for a living with the added goal of making a profit can actually qualify as a calling?

The Economics of Civil Government

As we begin our earthly journey into a new century, it is important to look over the last 100 years to see if we can learn anything about the social institution we call civil government.

My earliest memories are of sitting on my Grand-dad's lap, reading the Bluefield Daily Telegraph with him. That is how I learned to read. And I love to read.