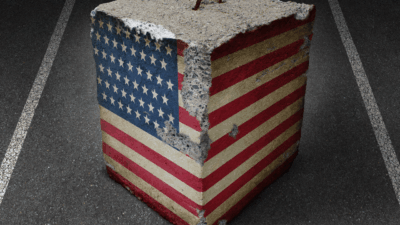 In almost every instance that totalitarianism has taken over a major country, it has done so in the name of liberty. People welcome tyranny in the belief that their liberties are being greatly increased.

In only one direction is their freedom increased, however, and it is the “freedom” to sin. When the Mazdakites took over the great Persian Empire and all but destroyed it, their appeal was to freedom, freedom for sexual communism, and freedom to seize all private property. Greece and Rome had earlier taken the same route: sexual freedom was given increasingly to people while their political liberties were removed, and their properties confiscated by taxation.

The Renaissance was an age of the triumph of dictators and widespread sexual freedom, when men thought they were liberated from God and free to do as they pleased. The triumph of Lenin was both preceded and attended by the rise of sexual freedom, and the same was true of Hitler.

The banner of sexual freedom is thus simply a deception which spells slavery. It leads men to forsake responsibility for license, and freedom for bondage. The increase of this so-called sexual freedom in our day is thus the prelude, if unchecked, for dictatorship and tyranny.

James calls God’s law “the perfect law of liberty” (James 1:25), because it is the obedience of faith which makes men strong and free. Freedom to sin is not freedom but slavery. It leads, not to the liberation, but to the enslavement of man and the disintegration of his society. The only freedom which the sexual liberation movements produce is freedom for totalitarianism and tyranny. The world is being made safe for slavery by all such people.

Our freedom is in Christ. “If the Son therefore shall make you free, ye shall be free indeed” (John 8:36).