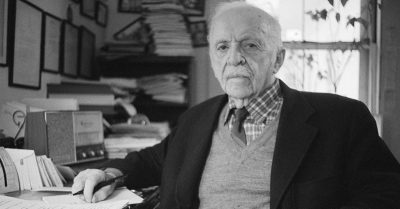 In His parable of the dishonest steward, Our Lord observed that worldly, secular people know the ways of the secular world, and more profitably navigate them, better than the children of light know what they should know.

Among the arts that make the secular world go round, the science of public relations stands tall. Today it’s a whole industry, consulted regularly by politicians, business leaders, and even churchmen. “Good PR” is how a great many things get done. As the 16th-century Japanese leader, Hideyoshi, put it, “You must make the bird want to sing.” Public relations is all about getting the bird (the public) to sing your song.

Edward Bernays, nephew of Sigmund Freud, is little-known outside of the public relations industry, although he certainly was one of the foremost founders of it. In 1947 he wrote an essay, The Engineering of Consent, describing what a public relations engineer does and telling his audience how to do it. You may not have heard of him, but his influence on our modern world has been profound.

In 1929 Bernays launched a PR campaign to get more women to smoke cigarettes, glamorizing it (because at the time women smoking was not considered to be respectable) and successfully legitimizing it. In 1954 he helped the United Fruit Co. overthrow the government of Guatemala and install one more sympathetic to the company’s aims.1

In light of these accomplishments, we wonder at the tone of The Engineering of Consent, in which he warns us that modern communications can be “a potent force for social good or possible evil” which should only be employed “for sound social ends.”2 “The techniques [of engineering consent] can be subverted; demagogues can utilize the techniques for antidemocratic purposes with as much success as can those who employ them for socially desirable ends.” But he does not address the questions of what “ends” those might be, or who gets to decide which ends are socially desirable. He just warns us that villains can use these techniques just as skillfully as anyone else.

This “good or evil” dichotomy cannot be resolved. Bernays papers it over with pious rhetoric about “the engineering of consent to socially constructive goals and values.” Again, he offers no word as to who will decide what goals are “constructive,” what “values” ought to be promoted. The buzzword “democratic” covers a multitude of sins.

Bernays wanted consent engineering to be done “scientifically” and to be “action based only on thorough knowledge of the situation and on the application of scientific principles and tried practices to the task of getting people to support ideas and programs.” (Caveat: “We reject government authoritarianism.” Do we?) This science is necessary because “a leader frequently cannot wait for the people to arrive at even a general understanding” of whatever it is he wants to do.

The approach, briefly, is: 1. Calculate all available resources; 2. Acquire as thorough a knowledge of the subject as possible; 3. Determine the objectives; and 4. “Research of the public to learn why and how it acts, both individually and as a group.” To help with No. 4 he recommends the employment of psychologists.

Another caveat: “The public relations counsel has a professional responsibility to push only those ideas he can respect, and not to promote causes or accept assignments for clients he considers antisocial.”

At this point we might be wondering, “What great good might be accomplished, if the church learned how to use these techniques for preaching and teaching God’s Word?”

But the essay would not include so many caveats if the engineering of consent did not so readily lend itself to anyone’s purposes, good or bad. “Clients he considers antisocial”—very much in the eye of the beholder. It puts the hypothetical he in position to be the moral arbiter. Why rely on “the foolishness of preaching” (1 Corinthians 1:21), when you’ve got science ready to hand?

The temptation is obvious. It might easily lead to a mind-set of “Not what thou wilt, but what I will.”

Bernays advises consent engineers to concentrate on persuading people who are already influential: go for the leaders, not the masses. If the leaders and influencers are sufficiently persuaded, they may go on to work for the engineer’s objective on their own.

Don’t ignore the masses, he says: just make sure you keep the message simple. And take care to be a “partner in the educational process.” So we have self-appointed opinion shapers working hand in glove with professors and schoolteachers. Does that make you uneasy?

But he goes on to say more. “Primarily, however, the engineer of consent must create news … The developing of events and circumstances that are not routine is one of the basic functions of the engineer of consent … Newsworthy events, involving people, usually do not happen by accident. They are planned deliberately to accomplish a purpose, to influence our ideas and actions.” Needless to say, the “news” you create ought to support your objective.

And if it’s done scientifically and competently, public relations can create public policy and social change.

How many public policies, how many social and cultural changes, would in all likelihood never have happened without a vigorous public relations push? How many things that we didn’t want were we persuaded that we had to have? How many of Bernays’ caveats have been totally ignored?

Currently the biggest ongoing PR campaign seems to be on behalf of “transgender” and “gender fluidity.” Our “leaders” are enthusiastically on board: liberal and wishy-washy “moderate” politicians, Hollywood, the news media, college professors, teachers’ unions, assorted celebrities—they’ve all been recruited, just as Bernays recommended be done.

Our election campaigns are hip-deep in consent engineers, we’re hip-deep in social media, and who can get through a day without someone trying to engineer his consent for yet another something new?

Should the church be competing in the use of these techniques—as long as we promise to observe all the caveats? But who in a fallen world can keep that promise?

The Bible, at least, is true. It is not the product of anyone’s public relations campaign. Our God is a great King and the Judge of all the earth; He is not dependent on anyone’s consent. If we knew the truth of the Bible as thoroughly as worldly folk know what they think must be the truth, because their leaders and consent engineers have told them it’s true, we would be better equipped to proclaim it and to serve it.

2. The essay is made available by Sage Publications and can be downloaded for a fee. All quotations come from this source. The Engineering of Consent - Edward L. Bernays, 1947.