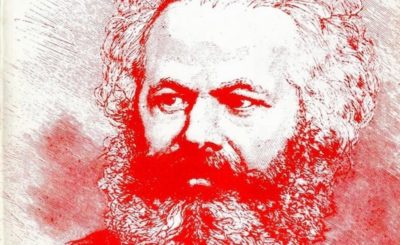 It seems atheists have developed a comprehensive strategy to win the minds of the next generation. The strategy can be described simply: let the religious people breed them, and we will educate them to despise their parents’ beliefs. —Dinesh D’Souza[1]

This doctrine of social justice became a declaration of war against God, the church, the family, humanity, capitalism, and much more … Social justice reduces a large segment of humanity to a less than human status in the name of justice … a mighty instrument for the degradation of man. —R. J. Rushdoony[2]

Social justice is wanting for others what you want, and taking steps to make it happen.

The last refuge, in the defense of public education, is the assertion that the public schools are “neutral” when it comes to ideology and values. “Christian schools impose Christian values on children,” goes the argument, “but the public schools expose children to all points of view and let them make up their own minds.”

The neutrality claim is, of course, false; in fact, it’s impossible. “Statist education is not neutral,” R. J. Rushdoony writes; “every subject in the curriculum, every textbook, and every regulation involves a non-neutral judgment.”[3] And “to neglect the religious faith which is basic to Western civilization is not only not a neutral stance, but in fact one of aggressive hostility.”[4] It’s simply not possible to be neutral: everything you choose to put into education, and everything you choose to leave out, necessarily involves a value judgment.

But public education doesn’t just fail to achieve the neutrality it claims.

What Do They Mean?

What is social justice education?

Some teachers merely slip it into the existing curriculum, sometimes in unexpected places—a math course, for instance. This can be done by any teacher in any school.

A few school districts have gone so far as to set up a “social justice academy,” a school within a school, in which the entire curriculum is put to the service of a “social justice” ideology.

But what do educators mean by “social justice”?

The Boston public school district, whose social justice academy is located in the Hyde Park Education Complex (that’s what they call their high school), tries to answer that question on the website for its Office of High School Renewal (http://www.highschoolrenewal.org/schools/description2.asp?id=60):

Social justice education, according to the Social Justice High School within Little Village Lawndale High School, Chicago, is “Project-based and problem-based learning that addresses real-world issues through the lenses of race, gender, culture, economics, peace, justice, and the environment … Our struggle is against systems of power that have been historically used to deny, regulate, and prohibit access to the … rights that should be granted freely to members of society regardless of race, class, gender, sexual orientation … Through collective community power, we commit to a conscious effort to overcome the intended historical obstacles that have been designed to disempower and divide our communities” (http://sj.lvlhs.org/sj/mission_vision.jsp?rn=2690813).

Does that sound ideologically neutral to you?

We made repeated efforts to interview “social justice” teachers and principals, but the only ones who agreed to talk to us were Juliet Alejandre and Rebecca Walz from the Logan Square Neighborhood Association, responsible for the operation of the Kelvyn Park Social Justice Academy in Chicago. Kelvyn Park is one of the older SJAs, established in 2004 (http://www.lsna.net/display.aspx?pointer=2445).

“Social justice is about taking very seriously the ‘justice’ part and to really look at what’s happening in your community and in the world,” Ms. Alejandre said. “Social justice is wanting for others what you want and taking steps to make it happen.”

“It’s making sure that every individual has the resources to develop as much as he or she possibly can,” Ms. Walz said.

The two educators discussed some of the obstacles to achieving social justice:

“A very narrow understanding of religion—although religion itself need not be an obstacle.”

Ms. Alejandre elaborated on their comment about the family: “About 80 percent of the people we serve are Latinos,” she said, “and the family is kind of at the core for them. So the family is important—but we mean the family without the patriarchy.”

“There will be more social justice education in America as it catches on,” Ms. Walz predicted.

Given time constraints (the women had a scheduled meeting to attend), it was not possible to ask them what they meant by “patriarchy” or “a narrow understanding of religion,” or who would be in charge of “making it happen,” etc. But we can guess.

Social justice academies have sprung up in Chicago, Boston, New York, Los Angeles, and Chapel Hill, North Carolina ,and also in Catholic girls’ schools in Cincinnati and Bloomfield Hills, Michigan. More are in the works, but it’s still a small sample. However, it isn’t necessary to have a social justice academy to have social justice education.

At the conference, Stern writes, math teachers “proudly demonstrated how they used classroom projects to train students in seeing social problems from a radical anticapitalist perspective”—paid for with a $3,000 grant from the city’s Department of Education.

Teachers who wish to put a Marxist spin on math lessons can utilize prepackaged lesson plans available on the Internet from RadicalMath (http://www.radicalmath.org/index2.php), “a resource for educators interested in integrating issues of social and economic justice into math classes and curriculum.” The site boasts “over 700 lesson plans, and charts, graphs, data sets, maps, books, and websites to help you bring these issues into your classroom.” How anyone would verify the “information” presented in these lesson plans is not explained.

Examine it for yourself. Just added to the website on September 20, “Revealing Racist Roots” is 27 pages in English and Spanish on “The Three R’s for Teaching about the Jena 6”—taking off on an alleged racist incident in Jena, Louisiana, which only hit the news this summer. But why wait for all the facts to come in before whipping up a batch of lesson plans?

The plans are the work of TAG, the Network of Teacher Activist Groups, consisting of the New York Collective of Radical Educators (www.nycore.org), Teachers for Social Justice, Chicago (www.teachersforjustice.org), and Teachers 4 Social Justice, San Francisco (www.t4sj.org). They describe the Jena incident in lurid, loaded terms—“A Modern Day Lynching” (in which no one was actually lynched), “Jim Crow being found alive and well in the South,” and “lynching as a tool of genocide” (surely not a very efficient tool), and so on. The radical educators also throw in “cartoons of the Prophet Mohammed” and the prosecution of the O. J. Simpson case as examples of “pervasive” injustice.

Here you will find lessons in “media literacy,” the “hip-hop response” to the Jena case, “self-esteem,” “social action,” and, finally, a “detailed mathematics unit” featuring such exercises as “find the probability of randomly selecting an all-white jury in Jena, which is 85.6% white.”

How many teachers are using this resource? According to the website, “RadicalMath.org has had 1,100,422 page visits since May 2006!!!” They can’t all be from reporters who had to see it to believe it.

Coming Down from the Top

Lest any of this be attributed to the independent actions of a few maverick Marxist teachers, the Foundation for Individual Rights in Education (FIRE) has been very busy suing teachers’ colleges for trying to require all future teachers to espouse and promote the cause of “social justice.”

Last year FIRE took its most serious complaint straight to the federal Department of Education, demanding that the government prohibit “viewpoint discrimination” by the National Council for Accreditation of Teacher Education (NCATE)—a private firm which, with the approval of the government, grants (or withholds) accreditation to teacher education programs in colleges and universities nationwide. Before the government could take action, NCATE removed from its “professional dispositions standard” all references to “social justice.”

“NCATE dropped its social justice language,” FIRE president Greg Lukianoff told Chalcedon, “which is not the same as actually changing its practices.

“But it’s a start. It’s like the civil rights movement—you had to get formal segregation off the books before you could do anything else.”

In practice, Lukianoff said, NCATE, and the teachers’ colleges accredited by NCATE, were using “a commitment to social justice” as a “political litmus test” for students trying to become certified public school teachers.

“They say they were never imposing a political point of view on aspiring teachers,” Lukianoff said. “But how do you evaluate someone’s commitment to social justice without inquiring into his political orientation?”

Is it any wonder that there are so many radical teachers in America’s public schools—with teachers’ colleges trying to ensure that only radicals become teachers and NCATE making that a condition of the college’s accreditation? And although FIRE has won some victories, some colleges have resisted.

In a letter to Lukianoff dated May 11, 2007, the president of Columbia University Teachers College, Susan Fuhrman, says, “[W]e have satisfied ourselves that there is no ‘ideological litmus test’ at our institution—that the scholarly and pedagogical behaviors we encourage in no way amount to thought control or any other form of coercion” (see “Columbia University Ignores Objections to Thought Reform Amid Free Speech Controversy,” http://www.thefire.org/index.php/article/7362.html).

From the college’s own published guidelines, FIRE quotes such language as: the “philosophy for teacher education at Teachers College” requires students to possess a “commitment to social justice” and to recognize that “social inequalities are often produced and perpetuated through systematic discrimination and justified by societal ideology of merit, social mobility, and individual responsibility” (http://thefire.org/index.php/article/7362.html). As far as Columbia is concerned, “merit, social mobility, and individual responsibility” are impediments to social justice.

If there is one thing that a public school education is not about, it’s teaching students to think independently. The teachers’ colleges, their accreditors, the teachers’ unions, and many of the teachers themselves are wedded to a hard-left political ideology and determined to pass it on to their students.

This is most flagrantly displayed in the social justice academies, but there at least the educators’ bias is glaringly visible.

Less visible is the work of Marxist teachers’ “collectives,” like RadicalMath’s creators, to make ideologically tainted lesson plans available over the Internet to any left-leaning teacher who wants to insinuate them into the classroom. It’s not necessary for radicals to set up a social justice academy to insert a radical program of indoctrination into any school district.

Yet millions of American parents, themselves very far from being radicals, continue to send their children to the public schools. Why? Why won’t they believe what has been proved beyond a reasonable doubt?

“Our society … resents the claims of the sovereign God of Scripture,” Rushdoony writes. “As a result, it will stomach any absurdity in the name of education; it will continue to tolerate the destruction of children morally and intellectually.”[5]

We have published articles about public education’s promotion of homosexuality, promiscuity, socialism, and other ungodly behaviors and attitudes. We have published a whole book on the subject, Bruce Shortt’s The Harsh Truth About Public Schools (Vallecito, CA: Chalcedon, 2004). We will continue R. J. Rushdoony’s work of exposing the anti-Christian agenda of public education and advocating for a Christian education for all Christian children, either at home or in a Christian school.

We publish these articles not to convince parents who’ve already opted for Christian schooling that they were right to do so, but to equip them to convince others to follow their example. Public education from its inception has been a self-conscious, systematic program aimed at replacing Christian faith with a faith in humanistic man and the “democratic,” but increasingly totalitarian, state.

Whether it’s pushing homosexual advocacy disguised as “sex education,” or Marxism in the cloak of “social justice,” the public school is not the place for Christian children.