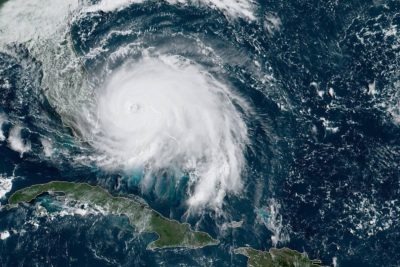 New Orleans is not the only city that encourages mass sodomy. Philadelphia, Boston, and San Francisco spring immediately to mind, and there are others. If God were to smite every American city where vice is openly practiced, there would be very few left standing.

It seems to me that the appropriate Bible verses here are Luke 13:4–5, in which Jesus comments on the collapse of a tower in Jerusalem:

Or those eighteen, upon whom the tower in Siloam fell, and slew them, think ye that they were sinners above all men that dwelt in Jerusalem?

I tell you, Nay: but, except ye repent, ye shall all likewise perish.

We don’t fully understand why God permits natural disasters: only that this is a fallen world undergoing violent “birth pangs” as it waits for Christ’s return and the renewal of the perfection it had when God first created it. But it does seem clear that one of the purposes of disasters is to call us to repentance.

Are we seeing much repentance? We’re seeing a great deal of finger pointing and buck passing, partisan efforts to fix blame, grandiose plans to rebuild the shattered city, and whatnot. “It’s Bush’s fault!” “No — it’s the fault of corrupt, inept local officials who didn’t have a clue.” We’re blaming everybody but the bossa nova — but I don’t think we’re coming to repentance.

Do we believe the people of New Orleans were sinners above all men and women in America? If we do, some soul searching is in order.

Repentance is the indispensable first step to spiritual change and growth, and even the sincere desire to repent is the gift of God. We have no power to save ourselves. We can only humble ourselves and ask Christ to save us.

News flash: You don’t have to revel in “Southern Decadence” to be a sinner. The little sins that we do without even thinking about them are enough to condemn us in the eyes of God’s law. Were it not so, there would be no reason for Christ to have gone to the cross.

Humility is never easy, and repentance harder still. But that’s the only way out. And if we’re too proud to take it — well, it won’t take anything as spectacular as a hurricane to make us perish one by one.