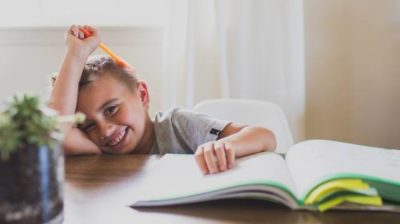 The right place for a child’s education is his home, and the right teachers are his parents.

We hope we’ve convinced you by now that the public school, for a host of very good reasons, is the wrong place for this. But there are equally strong reasons for educating at home. This article will introduce you to them, and they will be fleshed out in subsequent articles.

1. Home education is the only model for education given in the Bible.

“Earlier this year [1981],” R. J. Rushdoony recalls, “I was a witness in the trial of some fathers for having their children in a Christian School which refused to submit to state controls. The charges against them were criminal charges. The state’s attorney general granted immunity to their wives, who were then compelled to take the stand and testify against their husbands or face contempt of court charges … [T]o endanger the family is to endanger the basic institution of society according to Biblical law.”[i]

In the early days of the homeschooling movement, Rushdoony testified in many such trials. These, thankfully, have become rare. As more and more families get into homeschooling, opposition to it has had to become less shrill and less heavy-handed. Meanwhile, legal agencies, such as the Home School Legal Defense Association (hslda.org), have been set up to protect the rights of homeschoolers. Some parts of the country are homeschool friendly; others, less so. Before you begin homeschooling, make sure you learn what the requirements are in your state. State-by-state information is available on the HSLDA website, at no charge.

Rushdoony’s point is Biblical. In God’s scheme of things, parents have the responsibility to educate their children. This can be seen in many Bible verses. “[T]he LORD said … Gather me the people together, and I will make them hear my words, that they may learn … and that they may teach their children” (Deut. 4:10). “Therefore shall ye lay up these my words in your heart … And ye shall teach them your children” (Deut. 11:18–19).

We cannot stress this too much: in the Bible, education happens in the context of the family. You will not find anywhere in the Bible a single example of government involvement in children’s education. Public education was not invented until less than 200 years ago; civilization managed without it for thousands of years.

As will be seen from the rest of this list, doing education God’s way confers many benefits on families.

2. Homeschooling fosters a deep family bonding, a natural consequence of parents devoting time and energy to their children.

How could it be otherwise? Unfortunately, most American parents pack their children off to public school every day to be educated by strangers for whom one child is no more important than another. Then there are after-school programs, soccer, Little League, gymnastics, and whatnot, often with both parents working full-time and too tired in the evenings to do anything but sprawl in front of the TV set. How many public service spots have we all heard on the radio, saying, “The most important thing you can give your child is your time”? Even the secular media know that absentee parenthood doesn’t work.

Homeschooling is “quality time,” all the time. It’s part of a broader picture of love and bonding that families took as a matter of course for millennia until the public school and the two-paycheck household came along.

3. You’ll have the freedom to center your child’s education on God.

We guarantee that a God-centered education will not be available in any public school, where God is systematically ruled out of the curriculum.

At home, you can ensure that your child is taught that God, not man, is the center of the universe, its creator and sole proprietor. Imagine the difference it would make teaching civics and government from that point of view! You can still teach how the government works, but you can also teach how God wants government to work. You can still teach how a plant photosynthesizes sunlight into energy for life, but you won’t have to teach that it all happens by chance. In either case, the observable facts remain the same. What changes is the point of view, godly vs. humanist.

4. Homeschooling is also a boon to parents: you’ll learn a lot.

You’ll have to study the subjects that you teach your children, from algebra to zoology. Much of it you’ll already know, but you won’t be able to avoid learning new material. You’ll become better educated.

If that sounds daunting, remember that there is now a booming market in home instructional materials, most of it easily available over the Internet and relatively inexpensive. There is also online instruction available in specialized subjects that may be beyond your scope.

There is a reason why advanced students at martial arts schools are asked to teach newcomers. True, it saves wear and tear on the regular instructor, but more importantly, it makes the advanced students that much better.

5. Homeschooling can be infinitely flexible.

Flexibility — that is, instruction tailored to the individual student’s abilities and interests — is one luxury a public school teacher doesn’t have: not with 20 or 30 children in her classroom.

If your child has difficulty learning arithmetic, for example, you, as the parent, are in the best position to find the best way to pitch the numbers to him. When I was a little boy, I simply couldn’t learn, in school, how to add up columns of numbers. But my father taught me how to do it in a single session. He was not a certified teacher, but he did understand how his son’s mind worked.

6. You’ll be in charge of your child’s “socialization.”

For the older child in a public school, by far the biggest influence on him is his peers, other children in his own age group. But the homeschooled child also interacts with adults, children younger or older than he, and anyone else you want to throw into the mix.

Do you want your child to alter his behavior to fit in with a certain crowd? If so, send him to public school — and don’t complain to us if he decides he wants to fit in with the wrong crowd.

In all probability, this will never be a problem for a homeschooling family.

7. You’ll save money by not having to try to keep up with kids’ fads in clothes, movies, video games, etc.

“There is a huge selection of polyphonic and mp3 ringtones available,” says an ad on the Internet (http://softwareforhomes.com/Gift-Idea/Download-Free-Ringtone.htm), “and they make great gift ideas for the kids in your life. How a caller is announced on a cell phone has become a fashion statement as important as clothes these days.”

If you don’t want to get involved in financing your children’s fashion statements, keep them at home for their schooling. The public school is an arena for one-upmanship among the students. It’s not the place for a child to go to learn habits of thrift, independent thought, or the true value of things. But you can teach these at home, without being undermined by your child’s peers.

8. At the same time, you’ll learn habits of thrift and economy that will help you in life. Self-reliance is its own reward.

Although homeschooling is not in itself expensive, it will mean saying good-bye to the two-paycheck lifestyle. You’ll probably have to learn how to do without a new car every year, a plasma TV, and other luxuries. You’ll have to learn how to avoid running up debt on your credit cards and how to prepare your family’s meals.

But these are good things to learn. Why waste hard-earned money on things you can easily get along without? You can have just as much fun playing chess, checkers, or Monopoly with your children as you can by shelling out for a plethora of video games; and a properly maintained five-year-old car will serve you just as well as a new one.

9. By shouldering this responsibility yourself, you’ll become a more responsible person, which will positively affect everything else you do.

To give your children a good education by your own efforts is something you can be proud of. Going into homeschooling, you may be thinking, “I could never do that!” And then you learn you can do it, and do it well. That ought to boost your self-confidence. If you can do something as important as educating your child, you’ll be able to do other things just as well. Homeschooling is always an education for the parents, too.

10. Homeschooling will empower you to give your child a strong religious, moral, and intellectual foundation.

Given the state of our culture today, they’ll need it. Of course, no parent can ensure that a child won’t go astray later in life. But a godly upbringing will make that less likely: “Train up a child in the way he should go: and when he is old, he will not depart from it” (Prov. 22:6). And if he does depart from it, he’ll be more likely to find his way back.

Much of homeschooling is self-education. A child who has learned how to learn will have a great advantage over one who has only been spoon-fed a public school curriculum.

From Whom All Blessings Flow ...

How many times have we sung “Praise God, from Whom all blessings flow” without realizing that those words are literally true? When you live in obedience to God, blessings follow.

Too many parents worry that homeschooling will remove their child from the mainstream and that people will think they’re peculiar. But the homeschooling community is growing every day. There will probably be a homeschooling families’ association in your county, maybe sponsored and assisted by a church. If not, the Internet now links homeschoolers coast to coast. One way or another, you’ll have plenty of company and moral support. There’s no excuse anymore for feeling isolated.

Are there any parents today who regret having spent too much time with their children while they were growing up? Is there anyone who has come to a bad end by following the teachings of the Bible?