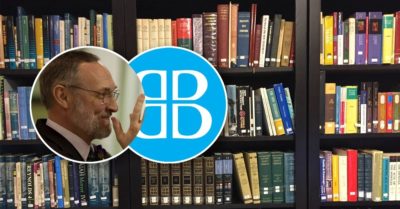 In this issue of Arise & Build we depart from our usual format by publishing two smaller pieces (see links at end of this article) by Dr. Phillip G. Kayser alongside this brief survey of their importance. If you are not aware of Dr. Kayser’s ongoing work at his website, biblicalblueprints.org, you should acquaint yourself with this important thinker’s contributions to the cause of Christ.

The building of the Kingdom of God proceeds in a decentralized way, with many individuals leading the way in their areas of expertise as they apply the Scriptures to the problems of our day. Many of the paths that such men pioneer will grow into highways that saints of the future will walk in. Their faithful work will abide, and their errors will be set aside as iron sharpens iron. We need such men to show us how to better use the light of God’s Word in our world.

First and foremost, it is important to grasp that political problems do not have political solutions. In fact, from a political standpoint, problems aren’t to be solved but rather perpetuated. The moment you step into Saul’s armor, you’ve already lost the battle. We must move the discussion off the shifting sand of politics onto the firm rock of Scripture. Dr. Kayser takes two contemporary political concerns and illustrates how to re-anchor the discussion. It is precisely because “the entering in of Thy Word bringeth light” (Psalm 119:130) that Dr. Kayser’s analyses move us in the right direction.

Second, note carefully the key implication of Dr. Kayser’s appeal to Scripture, namely, that God has already spoken clearly enough for us to know what to do. Dr. Kayser is not providing some “new word from the Lord” at all—he is appealing to the old words, and for good reason. Allow me to paraphrase some older commentators discussing the teaching of Zech. 7:7 so that you might grasp what I’m driving at:

So too Dr. Kayser would do a disservice to “the law and to the testimony” if he didn’t speak according to them, but launched into his analyses autonomously. Thankfully, he speaks and writes as one who understands that if “the spirits of the prophets is subject to the prophets” (I Cor. 14:32) then today’s teachers are under the same obligation of faithful stewardship over the precious deposit they were entrusted with (2 Tim. 1:14).

Third, it is important to grasp that the Biblical solutions that Dr. Kayser articulates in these two cases (two of countless such controversies that he has sought to shine Biblical light upon) lift the weight of governmental tyranny off of the people and expand the domain of liberty. “Where the Spirit of the Lord is, there is liberty” (2 Cor. 3:17). David says he walks at liberty because he seeks God’s precepts (Psalm 119:45). Applying God’s Holy Word to contemporary problems liberates men. Applying man’s solutions enslaves men, often in the name of solving their problems. In humanism, the cure is usually worse than the disease. Today, great plans are being floated by next-generation politicians, and they will impose more wretched tyrannies than before should their plans be enacted.

Fourth, Dr. Kayser is aware of the pretext used to float humanistic solutions to society’s worst problems. Expansion of governmental power (what Dr. Kayser calls Orwellian overreach in one of his articles) is the common factor among every legislative proposal. Psalm 94:20 informs us that the wicked frame mischief using the law, so we’ve been warned in advance and are suffering the consequences of several centuries of rebellion against the true Lawgiver (Isaiah 33:22). One aspect of the “mischief” the psalmist refers to is the persistence of the original problem, with new ones being multiplied on top of it.

Which brings us to the fifth and final observation. While we freely acknowledge that Dr. Kayser’s analyses and solutions are not the final word1 on the matters being discussed (because we acknowledge that God might shine more light upon those issues than we currently possess), it is important to note that his proposed solutions actually do solve the problems without extending government beyond its legitimate scope.

Sadly, in our day and age, providing actual solutions, based on Scripture no less, has become the new unforgivable sin. But men and women of character, dedicated to the task to arise and build, will operate along such lines as Dr. Kayser has laid out. There will be those reading these articles who will ask themselves, “How can I apply such reasoning to the issues that burn within my bosom concerning our nation?” And they will take heart from Dr. Kayser’s examples and move forward with that much more courage.

It takes courage to propose Biblical solutions to today’s crises and to act faithfully upon them. Thankfully, such courage is contagious. There’ll be no way that humanists or pietists will be able to put the toothpaste back into the tube once God’s people have a sense of what Biblical solutions would actually look like.

1. Dr. Kayser himself concedes that his approach to pornography would likely be controversial among his fellow Christians. If there is a better Biblical formulation to be had, one that honors the whole counsel of God, no one would welcome it more vigorously than he would. As has well been said, “the pioneer is the guy with an arrow in his back.”